You have to say I’m pretty, you’re my mother

A pile of discarded clothes lies on her bedroom floor. NOTHING looks any good.

Behind closed doors, the mirror brings disappointing news as her unforgiving, faultfinding eye scrutinises every inch of her body. She measures, compares and talks about her fat, to fit in with her friends.

It’s a tough task for some teenage girls, to grow into their new and developing bodies. It’s a tough time for their mothers too, especially when issues of body image are concerned.

As a mother, you are no doubt well-aware of the importance of a positive self-image for your daughter. You try to boost her body confidence, but just can’t seem to get it right. Tell your daughter she looks beautiful, and she’s not sure if you really mean it.

“Your parents say you look really nice today but you don’t know if they’re being genuine or not, or just saying it to make you feel better,” says one teenage girl from a Melbourne high school. “They just tell you what you need to hear,” says another girl participating in the same focus group conducted by dietitian Jo Gibson. 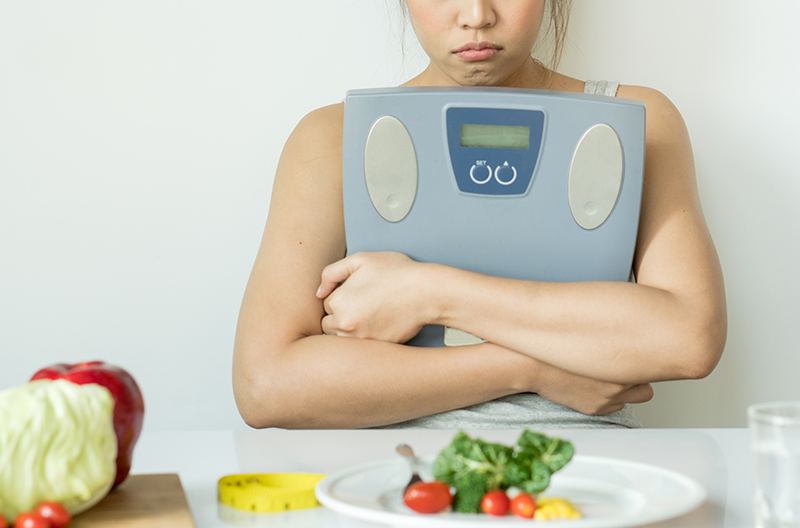 So your well-intentioned mother-love renders your compliments meaningless. And your advice is rejected as unwanted and out of date…what would you know anyway?

You kind of understand why she does battle with her body, but why does she also do battle with you?

Just when a girl needs her mother's guidance the most, she is also trying to separate from her mother and establish her own identity, according to psychotherapist Phyllis Cohen and mother Stephanie Pierson, authors of You Have To Say I’m Pretty You’re My Mother. They explain that teenagers who are starting to separate from their parents need to consolidate that separation by taking full ownership of their bodies. This long process starts as early as 10 or 11 and continues until seventeen or nineteen. During these years teenage girls are likely to spend half the time looking in the mirror and the other half fighting with her mother about the way she looks – whether her skirt is too short, whether her eye-liner is too dark, whether piercing her navel is a constitutional right. Most mother daughter clashes are about control issues. Most of these control issues are about separation.

And the battleground where they are all waged is the body.

Understanding the nature of this conflict can help mothers steer through these turbulent times. Becoming more aware of the many ways that mothers influence their daughter’s sense of self and body image also helps.

"Our research shows that there are two main ways that mothers influence their daughters’ body image," says Dr. Eleanor Wertheim, School of Psychological Science of La Trobe University, "through role modelling, and the comments they make.”

"Teenage girls who experience weight related teasing or encouragement to lose weight from their parents, are more likely to feel unhappy with their bodies and start dieting," says Wertheim. "Mothers play a particularly important role in the family because they are traditionally the providers of food, play more of a role in selecting clothes, and may have their own concerns about weight and shape. However fathers and siblings also can make comments that have an impact. What may seem like innocent jokes or helpful suggestions for improvement by family members, can be interpreted as criticism by daughters at a time when they are trying to learn to accept their changing body.”

While most parents don't encourage their children to lose weight, some do, even when their daughters are not actually overweight. One study, for example, published in the International of Eating Disorders found that 39% of mothers and 42% of fathers encouraged their daughter to lose weight despite their daughter being within or below the healthy weight range.

"If your daughter truly is overweight, focus on developing a healthy lifestyle as a family rather than focusing on her weight," says Wertheim.

Avoid weight-related comments, but don't let them leak out as double messages - girls hate them. When Cohen and Pierson asked teenage girls what drove them crazy about their mothers, mixed messages were high on the list. "She tells me that she loves me for who I am and not what I look like, then says I could stand to lose a few inches," said one 16 year old girl.

If your compliments are rejected and weight related comments are out of bounds, what can you say? "Trust that teenage girls do take in positive comments, even if they appear not to," says Wertheim. "While it can be helpful to reassure your daughter that she is attractive, try not to make compliments dependent on weight loss or being a particular body size. And, most importantly, balance your compliments - compliment your daughter on all of her positive attributes and strengths, not just her appearance," she says. 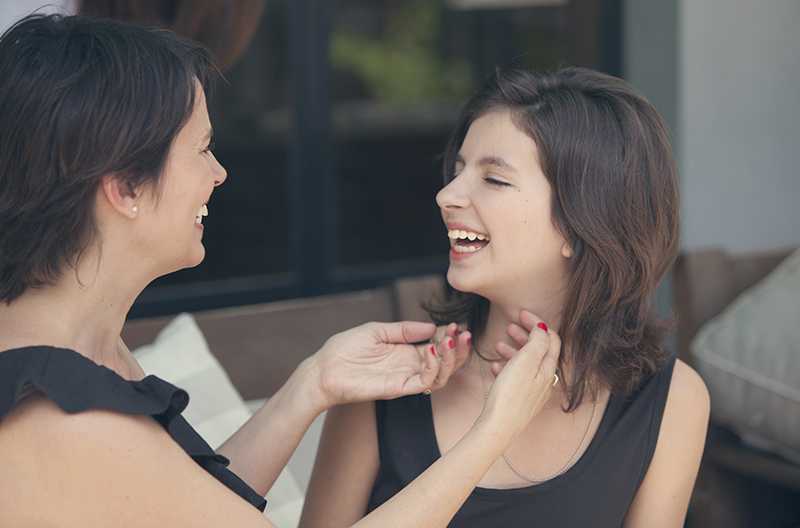 Positive comments are a tangible way to help your daughter feel more comfortable in her body and comfortable in herself. Less tangible is role-modelling. "Daughters do pick up on the observable things that parents do, such as skipping meals, strict dieting, or complaining about your body," says Wertheim, "so be aware that your actions do make a difference." If you're a mother and don't feel that great about your body, don’t worry too much. If you keep it to yourself research suggests it's unlikely to have a significant impact on your daughter.

Even the nature of the mother-daughter relationship itself seems to affect daughters’ body image. And it's the degree of separation that seems to matter most.

Research by Ogden and Steward also published in the International Journal of Eating Disorders (2000) found that enmeshed relationships and loss of mother-daughter autonomy contributed to young girls’ body dissatisfaction.

Acting more like a friend than a parent, trying to re-live your life through your daughter, or seeing your daughter as an extension of yourself, are signs that things could be getting too close for comfort. “I think that parents care about what their children wear as they see it as a reflection of themselves,” says one perceptive teenage girl.

Pierson and Cohen describe the “merged mother” as one who identifies so closely with her daughter that she worries for both of them. She breaks her own budget to buy her daughter the latest clothes or pay for streaks in her hair, or, suffering from her own body image issues, gets overly concerned about her daughter’s weight gain or pimples.

Competitive feelings can also arise in mothers, and it’s not that uncommon.

“Watching your young daughter become beautiful, reminds you that you’re changing and losing your own beauty,” says mother and eating counsellor Terrill Bruere. “It’s difficult when you realise that the guy who you thought was winking at you, was winking at your daughter instead.”

Bruere has discovered that part of the hard work of maintaining healthy mother-daughter boundaries involves recognising and dealing with your own issues that are triggered by your daughter. How do you deal with your ageing, mid-life body in a youth-oriented culture? How satisfied are you with your own sexuality? Your own life?

To own your stuff, separate and support.

That seems to be the best a mother can do to give her daughter the best possible chance of accepting and enjoying her body and herself.